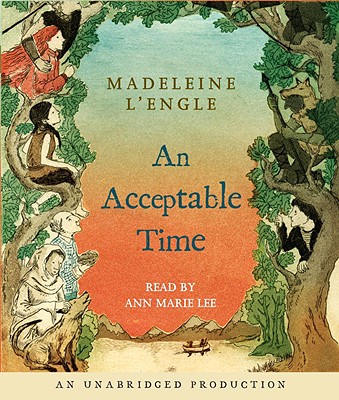 A flash of lightning, quivering ground, and, instead of her grandparents' farm, Polly sees mist and jagged mountains -- and coming toward her, a group of young men carrying spears.

Why has a time gate opened and dropped Polly into a world that existed 3,000 years ago? Will she be able to get back to the present before the time gate closes -- and leaves her to face a group of people who believe in human sacrifice?

This Commemorative Edition includes a new introduction by the Author.


From the Paperback edition.

Madeleine L'Engle was the author of more than forty-five books for all ages, among them the beloved "A Wrinkle in Time, " awarded the Newbery Medal; "A Ring of Endless Light, " a Newbery Honor Book; "A Swiftly Tilting Planet, " winner of the American Book Award; and the Austin family series of which "Troubling a Star" is the fifth book. L'Engle was named the 1998 recipient of the Margaret A. Edwards award, honoring her lifetime contribution in writing for teens.

Ms. L'Engle was born in 1918 in New York City. She wrote her first book, "The Small Rain, " while touring with Eva Le Gallienne in "Uncle Harry." She met Hugh Franklin, to whom she was married until his death in 1986, while they were rehearsing "The Cherry Orchard, " and they were married on tour during a run of "The Joyous Season, " starring Ethel Barrymore.

Ms. L'Engle retired from the stage after her marriage, and the Franklins moved to northwest Connecticut and opened a general store. After a decade in Connecticut, the family returned to New York.

After splitting her time between New York City and Connecticut and acting as the librarian and writer-in-residence at the Cathedral of St. John the Divine, Madeleine L'Engle died on September 7, 2007 at the age of 88.