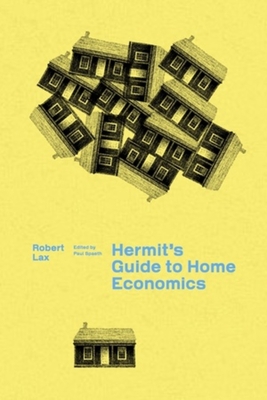 Robert Lax’s Hermit’s Guide to Home Economics combines three long poems the poet composed on the Island of Patmos, where he lived a life separated from the rest of the world in the natural setting of that desert isle. Lax writes humorously about his “hermit” life, as if he were King Solomon doing a stand-up routine. But he also writes like a mystic whose surroundings speak to him, and uses the whole field of the page to explore the full potential of the word as image, and the poet as citizen.

Robert Lax (1915–2000) was born in Olean, New York. At Columbia University he studied with Mark Van Doren and there began friendships with his classmates Thomas Merton and the painter Ad Reinhardt. He then worked as a university lecturer, film critic, script writer, and editor at the New Yorker. In 1962 he moved to the Greek islands, where he spent most of the last four decades of his life.

Paul J. Spaeth has edited and wrote about Robert Lax for many years, having founded the Lax Archives at St. Bonaventure University, where he is the Director of the Library, Special Collections Librarian, and also teaches.